AU Council reaffirmed its commitment to the African Charter on Democraty 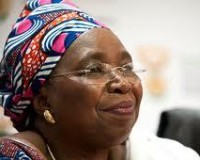 The Peace and Security Council of the African Union (AU), at its 372nd meeting held on 26th April 2013, was briefed by the Department of Political Affairs of the African Union Commission on its activities relating to past and upcoming elections in 2013 on the continent. Council also followed statements that were made by Kenya and Zimbabwe.

Council reaffirmed its commitment to the African Charter on Democracy, Elections and Governance, which provides a framework for the conduct of elections in Africa.

Council commended the people and political stakeholders in Kenya for the successful organization of presidential, parliamentary and county elections on 4 March 2013,  as well as for the peaceful resolution of resultant disputes through constitutionally approved legal channels.

Council further commended the Republic of Djibouti for conducting peaceful and free elections on 22 February 2013.  Council called on all political actors in Djibouti to respect the outcome of the elections. Council also congratulated the political stakeholders in Zimbabwe for organizing a peaceful, transparent and well conducted referendum on 16 March 2013, which ushered in a new Constitution that has paved the way for democratic elections to be held later this year. Council calls on all political stakeholders in Zimbabwe to ensure an enabling environment for the peaceful conduct of the elections. Council took note of the funding challenges faced by the Republic of Zimbabwe and called on the African Union and international partners to provide the required financial support, without conditions,to the Zimbabwe Electoral Commission for the conduct of credible elections in the country.

Council took note of several elections scheduled for 2013 in Zimbabwe, Madagascar, Mali, Togo, Equatorial Guinea, Egypt and Guinea. Council called on political stakeholders in these countries to take necessary steps to create a level playing field for the conduct of credible elections. Council also called on those countries whose election dates are not yet known or agreed upon to ensure that elections are conducted on time in order to reduce political tensions on the continent.

Council acknowledged the existence of electoral disputes resolution mechanisms  in Kenya and Djibouti and urged Member States, where they do not exist, to establish similar mechanisms, including making use of all dispute resolution mechanisms. Council also noted the establishment of similar mechanisms (Special Electoral Courts and Tribunals) in Madagascar and Zimbabwe in preparation for the upcoming elections. This is in line with the African Charter on Democracy, Elections and Governance and international best practice.

Council welcomed the steps taken by the African Union Commission to deploy Long-Term AU Observers to Kenya’s elections and to remain engaged throughout the entire electoral process. Council called on the African Union Commission to consider deploying Long-Term AU Observers to upcoming elections on the Continent, particularly Zimbabwe, Madagascar and Mali. Council also called on Member States of the African Union and international partners to increase financial support to the AU Democracy and Electoral Assistance Fund in order to continue and sustain AU’s Long-Term Observation methodology on the continent.