Driven by strong domestic demand, economies of developing East Asia and Pacific continue to be an engine of global growth, growing at 7.5 percent in 2012 — higher than any other region in the world, says the World Bank in its latest analysis of the regional economy. As the global economy recovers, the report, released today, projects that regional growth will rise moderately to 7.8 percent in 2013 and ease to 7.6 percent in 2014. 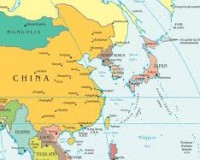 « The East Asia and Pacific region contributed around 40 percent of global growth in 2012, and the global economy continues to rely on the region’s growth, with investor confidence surging and financial markets remaining solid » said World Bank East Asia and Pacific Vice President Axel van Trotsenburg. « Now is the time for countries to focus on helping the remaining poor, with more and better quality investments to accelerate inclusive growth. »

Fiscal and monetary policies to boost consumption and investment helped sustain growth in 2012 across the region, with middle-income countries performing particularly well. Developing economies excluding China grew 6.2 percent in 2012, up from 4.5 percent in 2011.

In China, growth slowed to 7.8 percent in 2012 due to rebalancing efforts, while real disposable income of urban households rose by more than 9 percent, supporting household consumption, which contributed 4.4 percentage points to GDP growth. China is projected to grow 8.3 percent in 2013 and 8.0 percent in 2014.