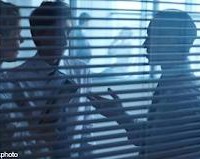 Sanlam Group Chief Executive Dr Johan van Zyl has stated that: “In 2011 Sanlam’s international business contributed around 15% of operating profit (pre-minorities). Our view is that this contribution can be doubled over the next five years as these markets are seen as key growth engines. Considerable work continues to be done to identify core markets for expansion.”

Earlier this month Sanlam Group announced financial results for the year ended December 2012 and reported that SEM delivered gross operating profit of R850 million, up 30% from R656 million in 2011. SEM is expected to deliver a compounded annual growth rate of (CAGR) 17% between 2011 and 2015.

SEM CEO Mr Heinie Werth says the company is pleased with the progress made by the business cluster responsible for Sanlam’s expansion in emerging markets outside South Africa. Currently, SEM is doing business in 10 countries in Africa, excluding South Africa and Namibia, as well as India and Malaysia.

In 2012 SEM concluded transactions to the value of roughly R3 billion. In the first quarter of 2013 a further transaction worth approximately R1 billion with Shriram Transport Finance Company was concluded.

For the 2012 financial year, SEM managed to increase gross operating profit from its Indian operation (Shriram) by 750% from R4 million to R34 million. With the Shriram transactions completed in 2012, a contribution of approximately R400m in profit is expected in 2013.

Among the highlights was the Nigeria operation which has managed to break even within two years of its launch, testimony to SEM’s low cost expansion model in Africa.

Says Werth: “We are making steady progress towards our objectives and we are satisfied that the cluster is well positioned to increase its contribution to the Group over the next five years as the markets we operate in are seen as key growth engines.”

In addition, Werth says strong local partnerships play an important role in the company’s performance: “We rely on strong local partners and management to drive business growth within each country and this has been mutually beneficial in India and in our operations in Africa.”

SEM was established in 2011 as a separate cluster within Sanlam to focus exclusively on emerging markets. As part of the restructuring, operations outside of South Africa formerly managed within SPF, Sanlam Developing Markets, Santam and Sanlam Investments were transferred to SEM. The integration of these businesses within SEM was successfully completed during the first half of 2012, without losing operational focus.

“We take a number of factors into account when investing. These include potential market size, growth potential, market accessibility, general business environment, specific information around financial services in life insurance, asset management and retail credit in the countries in which we operate as well as those in which we seek opportunities.

“A key focus area for SEM is South East Asia. To this end, we have already taken the first steps with the transaction in December to acquire a 49% stake in Malaysian short term insurer Pacific & Orient Insurance Co. Berhad (POI). Earlier this month their shareholders voted overwhelmingly in favour of the transaction.”

SEM continues to focus on growing the Group’s stake in existing operations. In 2012, SEM concluded some major transactions and the Group redeployed a total of R3, 3 billion of its discretionary capital during the year. The bulk of this was invested in SEM initiatives.