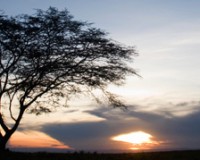 Central Africa’s regional central bank said it would reopen its branch in Bangui on Tuesday, and urged commercial lenders to do the same, offering a financial lifeline to cash-starved businesses a week after a coup. Rebels who accused the government of breaking past peace deals, stormed into the capital of Central African Republic on March 24, triggering days of looting.

Banks  and businesses closed their doors in the dilapidated riverside city, forcing residents to barter for food and cover long distances by foot. »Without the banks , there is no life … It is only when money starts flowing that we can return to normal, » said Lucien Guimame, a taxi driver parked outside a looted branch of the Togo-based banking conglomerate Ecobank.

Regular patrols by African peacekeepers have ended the worst pillaging and security has slowly improved in the mineral-rich former French colony.

« We will open our doors and start working, and I think that commercial banks should be able to do the same, » said Clement Gueremodongou, the deputy director of the Bank of Central African States’ national bureau on Monday.

The institution operates as the central bank for Central African Republic and five other states – Cameroon, Chad, Equatorial Guinea, Gabon and Republic ofCongo.

Regional and Western powers condemned the coup, and the African Union imposed sanctions on rebel leader and self-proclaimed president Michel Djotodia and his inner circle.

Djotodia on Sunday appointed a caretaker government, saying it would organize elections in three years.

The interim government includes members of the Seleka rebel umbrella group and some civilian opposition figures.

At least 13 South African troops stationed in the country at the time of the rebellion were killed by the insurgents, marking a heavy blow to Pretoria’s efforts to bolster its influence on the continent.

Chad will host a regional summit on the situation in the country on April 3. South African President Jacob Zuma is expected to attend.