How the private sector is changing Chinese investment in Africa 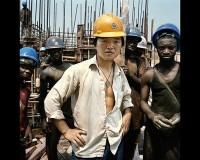 In August 2012, US Secretary of the State Hilary Clinton offered a thinly veiled criticism of China’s role in Africa, calling upon African countries to guard against those that “come in, take out natural resources, pay off leaders and leave.”[1] The Chinese official news agency, Xinhua, retorted immediately that “Clinton’s implication that China has been extracting Africa’s wealth for itself is utterly wide of the truth.”[2]

Data gathered from China, six African countries[3] and company interviews suggest that neither Clinton nor Xinhua was correct. China’s investment in Africa is far from monolithic and is growing increasingly diverse. The driving force behind this evolution is the rising role of China’s private sector. Private investors are primarily driven by profit and they can create real economic opportunities for host countries.

Until 2005, only 52 private investment projects in Africa were registered with the Chinese government.[4] By April 2012, this number had jumped to 923, representing 55% of the 1,679 Chinese outward foreign direct investment (OFDI) projects active in Africa.[5] However, China’s data provide only a partial picture. Host country data consistently show the number of Chinese companies operating in their countries to be 3-4 times higher (see the supporting materials attached to this Perspective atwww.vcc.columbia.edu).

Moreover, there are stark differences between private and state-led investment in Africa in terms of sectors. The former mostly involve manufacturing (36%) and services (22%); in contrast, state-led projects focus heavily on construction (35%) and resource-extraction (25%). Six host countries confirm the concentration of Chinese investment projects in manufacturing (44%) and services (40%). Unsurprisingly, feedback on job-creation is positive in all six countries surveyed.

However, host governments’ views regarding the impact on local industrialization are somewhat mixed. While the injected Chinese capital and technology are appreciated, there are worries about competition hurting domestic firms. Governments are disappointed with the lack of technology transfer. Some are also concerned about labor and environmental standards.

Interviews with firms shed light on their motives. Most manufacturers moving to Africa belong to “sunset industries,” which had their heyday as the world’s factories in the past but are in danger of losing that title. Relocating to distant, foreign countries is risky and laborious, but almost inevitable for some looking to survive and grow.

This suggests that the surge of private investment in Africa is a reaction to the challenge China must meet in the next decade. To maintain productivity and stay competitive in a globalized market, Chinese firms must move up the value chain through strategic industrial upgrading, innovation and, sometimes, relocation.

That is good news for Africa. Countries looking to transform resource-based economies into industrialized ones face a time-bound opportunity. Industrialization is a process involving many steps. The labor-intensive and low-tech manufacturing brought in by Chinese firms provides a desirable first step in this process. Such manufacturing activities are easy for low-income countries to absorb and adapt, while allowing comparative advantages to be realized.

Dynamic global industrial relocation is nothing new. China itself benefited tremendously from the “flying-geese paradigm” in its economic take-off. The first wave of FDI to China, which lasted throughout the 1980s, was led not by western multinationals enterprises, but a host of small and medium-sized investors from Hong Kong, Taiwan and other Asian emerging markets. It was these “second-class” investors who brought China initial foreign capital and technology, which helped China tap into its comparative advantages and enter the global economy.

Africa faces a similar opportunity as China did twenty years ago, but benefits will not materialize without efforts. Despite the rising interest in Africa, Africa receives only 2.2% of China’s total dollar amount of OFDI, including private and state-led investment. If anything, Africa still carries a negative image as a distant, poor and unstable investment destination among the majority of Chinese firms, resulting from both real problems and misperceptions.

To enlarge its share of the Chinese OFDI pie, African governments must forcefully address concerns expressed by interviewed investors regarding infrastructure, policy stability and administrative efficiency. They should also improve regulatory transparency to make compliance easy and abuse difficult. When promoting themselves to Chinese investors, governments should give priority to servicing those who have come. The “word of mouth” effect is particularly strong among Chinese investors; one happy business could help attract 5-10 new ones.

Finally, improving technology transfer and business linkages with local firms are critical areas in which host governments should be active promoters. Chinese and local firms should collaborate for their self-interests. After all, better business integration helps sustain business successes while rendering long-term benefits for host economies. It is a win-win solution.

The material in this Perspective may be reprinted if accompanied by the followingacknowledgment: “Xiaofang Shen, ‘How the private sector is changing Chinese investment in Africa,’ Columbia FDI Perspectives, No. 93, April 15, 2013. Reprinted with permission from the Vale Columbia Center on Sustainable International Investment (www.vcc.columbia.edu).” A copy should kindly be sent to the Vale Columbia Center at vcc@law.columbia.edu.

* Xiaofang Shen (xshen2@live.johnshopkins.edu) is Senior Visiting Scholar at the Johns Hopkins University School of Advanced International Studies, after 22 years of experience working with the World Bank Group as an investment climate specialist. The author wishes to thank Ilan Alon, Hinrich Voss and Kenny Zhang for their helpful peer reviews. The views expressed by the author of thisPerspective do not necessarily reflect the opinions of Columbia University or its partners and supporters. Columbia FDI Perspectives (ISSN 2158-3579) is a peer-reviewed series.

[4] Depending on the size and nature of the projects, Chinese firms are required to obtain government approval/registry/filing when making outbound investments.

The Vale Columbia Center on Sustainable International Investment (VCC), led by Lisa Sachs, is a joint center of Columbia Law School and the Earth Institute at Columbia University. It is the only applied research center and forum dedicated to the study, practice and discussion of sustainable international investment, through interdisciplinary research, advisory projects, multi-stakeholder dialogue, educational programs, and the development of resources and tools.

All previous FDI Perspectives are available at http://www.vcc.columbia.edu/content/fdi-perspectives.