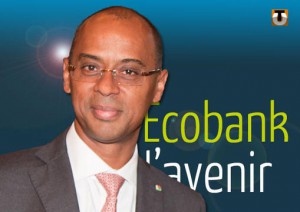 Aug 30 (Reuters) – Nigeria’s securities regulator is investigating pan-African lender Ecobank over an alleged misstatement of its 2012 performance, a source at the Securities and Exchange Commission (SEC) said on Friday.Nigeria’s SEC held meetings with Ecobank’s board directors on Aug. 6 to discuss the issue, which was raised by a suspended former head offinance at the bank, the source said, but did not elaborate as to what the bank was accused of misstating.

Ecobank acknowledged that there was an investigation, giving no details, and said it was fully cooperating with the SEC.

The source said the regulator had sent queries about Ecobank’s 2012 performance to all the directors, in line with the International Finance Corporation corporate governance code.

In March, Ecobank, which has operations in 32 African countries, said its 2012 pretax profit rose to its highest ever level of $348 million, up a quarter on the same period a year ago.

“The core element (of the allegation) … is on material misstatement of facts on (Ecobank) performance,” the SEC source said. This may also affect whether or not a bonus awarded to chief executive officer Thierry Tanoh for that year was proper.

“All the executive directors have been issued a specified questionnaire on matters emanating from the petition and responses are awaited,” he said.

The initial complaint to the SEC came from Laurence do Rego, the bank’s suspended head of finance, the source said.

“I can confirm that our Board of Directors met with the SEC in early August and that we are …. in continuing dialogue with them. We are happy to offer them our ongoing cooperation,” Ecobank spokesman Jeremy Reynolds told Reuters by telephone.

He said do Rego, who joined the lender eleven years ago, was suspended because she falsely claimed to be a qualified accountant. Do Rego had not responded to the bank’s invitation to meet the board of directors and substantiate her claims.

Do Rego could not be immediately reached for comment.

Ecobank has been in the spotlight over debts owed by businesses associated with its chairman Kolapo Lawson, but the SEC source said the regulator was now satisfied there was nothing untoward about them.

Last month, the bank said that Lawson had repaid the loans and no company rules were broken.

“We’ve looked at the status of the debt owed by the chairman and we don’t think there is any issue there,” the source said.

The source also said that another allegation raised – that Ecobank has sold assets at below market value without the SEC’s permission – had been dismissed as untrue.