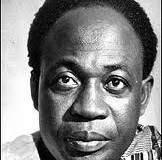 “Pan-Africanism and African Renaissance”, is the  theme that will be at the center of discussions during the 21st Assembly of Heads of State and Government of the African Union (AU),  scheduled to take place from 19 to 27 May 2013 at the headquarters of the African Union in Addis Ababa, Ethiopia. The Summit will officially kick off on Sunday 19 May 2013, with the 26th Ordinary Session of the Permanent Representatives Committee (PRC).  The PRC will discuss items on the agenda in preparation of the upcoming AU Summit, to be submitted to the Executive Council for adoption.

The May Summit will be a special Summit because it will be celebrating the 50th Anniversary of the establishment of the Organisation of African Union (OAU) now African Union (AU). The goals of the 50th Anniversary Commemorations will among other concepts, seek to promote “an integrated, prosperous and peaceful Africa, driven by its own citizens and representing a dynamic force in global arena”.  The Anniversary will therefore facilitate and celebrate African narratives of past, present and future that will enthuse and energize the African population while using their constructive energy to accelerate a forward looking agenda of Pan-Africanism and Renaissance in the 21st century.

The Ambassadors will also consider the working documents and draft decisions in preparation for the 23rd  Ordinary Session of the Executive Council.

On the other hand,  the 23rd Ordinary Session of the Executive Council will hold from 22- 23 May 2013 at the headquarters of the AU in Addis Ababa. The Ministers of External Affairs and other ministers or authorities designated by the governments of AU Member States will deliberate on the different reports of the ministerial meetings organised by the AU Commission during the last six months.  They will consider the activity report of the Commission; the recommendations of the PRC on the implementation of previous Decisions of the Executive Council and the Assembly; and the report of the ministerial committee on candidatures.

The Ministers will also deliberate on the reports of the Pan-African Parliament (PAP); the African Commission on Human and Peoples’ Rights (ACHPR) ; the African Committee of Experts on the Rights and Welfare of the Child (ACERWC); the Economic, Social and Cultural Council of the Union (ECOSOCC); the Activities of the African Union Advisory Board against Corruption and the report on the Activities of the African Union Commission on International Law (AUCIL), before embarking on the consideration of items proposed by Member States.

Meanwhile, the 21st Ordinary Session of the Assembly of the African Union is scheduled to take place on 26 and 27 May 2013. The Heads of State and Government will consider the report of President Ernest Bai Koroma, of the Republic of Sierra Leone and Chairperson of the Committee of Ten on UN Reforms. They will also consider the report of the Commission on the Post 2015 Development Agenda under the theme: Towards an African Common Position and Modalities for establishment of a Committee of Heads of State and Government on the Post 2015 Development Agenda.  The Heads of State will be briefed by H.E Mr Jacob Zuma, President of the Republic of South Africa, on the outcomes of the BRICS Leaders Africa Dialogue Forum held in Durban on 27 March 2013.

The AU Heads of State and Government will consider the recommendations of the Executive Council on the report of the Commission on the implementation of previous Decisions of the Executive Council and the Assembly; the report of the Peace and Security Council (PSC) on its activities and the state of peace and security in Africa, including the activities of the Panel of the Wise. 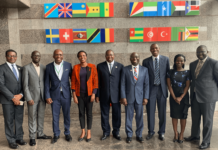 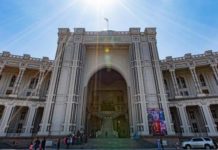 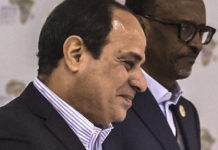 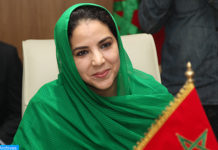 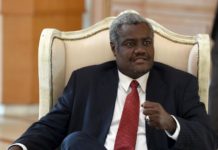 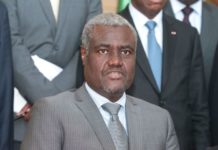 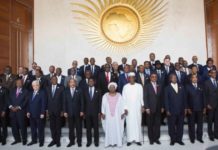